Skip to content
Mysore: A city with a promising future

Mysore: A City with a Promising Future

A quick look at what makes Mysore a great place to live in.

Investment in Mysore has emerged as one of the best bets for various reasons. Mysore is considered a one stop destination for businesses, industries, tourism and has witnessed immense growth in the recent past. When you make a decision to settle in a city, one has to factor in many things –  just for starters, Mysore was ranked the cleanest city in India by the Union Urban Development Ministry in 2016 – following which it was runner up for the cleanest city in the years 2018 and 2019.

One of the most popular tourist spots in the state, Mysore known as the “culture capital” of Karnataka. It also holds the administrative seat of Mysore District which is one of the largest districts in Karnataka. The Wodeyars, who ruled Mysore Kingdom were huge patrons of the arts and this heavily contributed to the cultural growth of the city. It was also the former capital of the Kingdom of Mysore till 1947. The name Mysore invokes images of intricate palaces, tranquility from greenery and rich culture. Aside from housing several heritage monuments, it was the home to great musicians, dancers, Sanskrit scholars and overall intellectuals. Mysore is often called the City of Palaces due to the number of palaces situated within the city. Ambavilas – the main palace of Mysore is listed as one of the most visited monuments in all of India – even beating the Taj Mahal. It attracts approximately over 4 million tourists from all over India and overseas every year. This majestic city with his backdrop of Chamundi hills is one that evokes many cultural enthusiasts.

This grand city is known for its exquisite hand-woven mulberry silk and authentic gold zari work. It’s ancestry ties back to the Kingdom of Mysore, making this fabric a sought-after and timeless possession. The interplay of colours and patterns in sarees is unique to the city. The silk is known world-wide for it’s fine and soft texture.

Mysore is further known for its handicrafts especially its magnificent wood carvings inlaid with sandalwood, teak and rosewood. Mysore gets its nickname “Sandalwood City” because of the thriving cottage industry of sandalwood incense sticks that’s avidly used throughout the country.

Some of the popular tourist destinations in the city are

Mysore is one of the most renowned centres for Yoga in India and across the world – it’s considered a top destination for foreigners who come to India to study Yoga. This is purely because of Yoga guru Pattabhi Jois’ contribution to Ashtanga Yoga and his world-famous school in Mysore. Both these factors have made Mysore the “Ashtanga Yoga capital of the world”. There are several other popular schools in Mysore like, the Atmavikasa Centre of Yogic Sciences – they teach “traditional Hatha Yoga with the inspiration of the perfection of Iyengar and the intensity of Ashtanga”.

All yogis looking to come to India to practice consider Mysore a second home – they try and visit it at least once a year. Some travellers leave back trunks filled with their belongings to store at homes of willing local families. When you’re used to the hustle-bustle of the city life, the city offers a wonderful respite. Almost all practitioners look at either Mysore or Rishikesh to learn more about the art of yoga.In Mysore, aside from pure yoga, you can also train in Thai Yoga Massage, Ayurvedic Deep Tissue Massage (Abhyanga), Tibetan Singing Bowls Healing, Chakra Healing, Reiki, Pranic Healing, Astrology, to name a few. 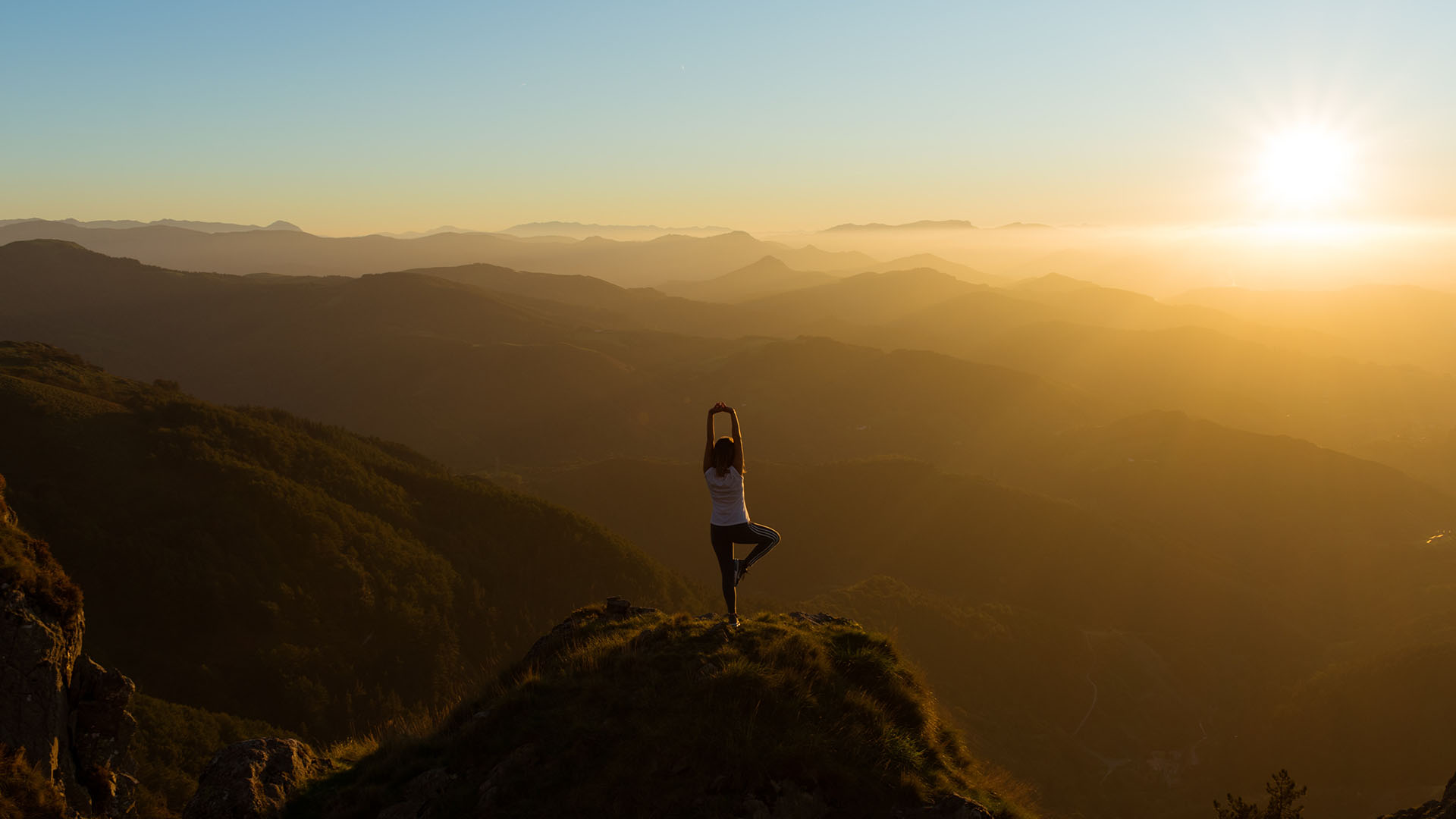 Some popular Yoga schools and centres in Mysore

Some popular Yoga schools
and centres in Mysore

Mysore is well renowned for its wildlife and natural beauty. It’s a popular destination for wildlife photographers, bird watchers, nature enthusiasts and specialists because of its close proximity to three natural habitats – Bandipur, Nagarhole and Brahmagiri Hills.

Bandipur National Park in Karnataka consists of the second highest number of tigers in India. It’s a part of the Nilgiri Biosphere Reserve making it the largest protected area in South India and the largest habitat of Wild Elephants in South Asia. It’s extensive foliage and wildlife pose as a big attraction to environmentalists and nature lovers.

Nagarhole National Park has been declared the 37th Tiger Reserve in India – it is also a World Heritage site by UNESCO. The Indian Leopard, Bengal Tiger, Striped Hyena and Sloth bear are some of the predators that can be spotted in this park.

Bramhagiri Hills are lush mountain ranges that are located all the way in the Western Ghats but easily accessible from Mysore. The land it sits on has affluent foliage, green hills and a pollution free environment perfect for a weekend getaway with nature. The hills stretch from Kodagu in Karnataka to Wayanad in Kerala – being apart off the Western Ghats, the ich foliage is seen throughout the year.

The tranquil environment makes the air cleaner to breathe and the city nicer to live in. The Tree Park developed in Mysore sprawls over 500 acres of land and was created as an initiative to maintain the green cover of the city. The city sits perfectly between two rivers – Kaveri and Kabini and is located at the foot of Chamundi Hills, making the climate ideal. The highest the temperature has been was in 1914 at 39.4 degrees Celsius and the lowest recorded was 7.7 degrees Celsius. Overall the city holds pleasant weather and green views.

Another important factor is the infrastructure of the city you choose to live in. Mysore has maintained a sound infrastructure and the government is constantly making efforts to improve the liveability standard of the city. The Bangalore-Mysore expressway makes commuting to the city far easier – you can reach Bengaluru in about 90 minutes. The city has also been impacted with smart grid functionalists under the National Smart Grid Mission (NSGM). These advanced meters ensures that the city is using energy in an efficient and mindful manner. According to a survey, Mysore has ranked the fifth best city in India to set up a business. The city is one of the most well-planned and well-structured cities in India with wide roads and great interconnectivity.

Home for boutique and sustainable businesses

This brand (formerly known as Earth Loaf) is one of the first chocolate makers to use organically certified Indian cacao beans in the world. Established in Mysore, they are also the first bean-to-bar chocolate house in all of India. They constantly innovate their chocolates through flavour exploration. Founded by David Belo . The look and feel of the chocolate as well as the identity imbibe; craft, Indo-chic, contemporary. Mysore’s old world charm has constantly fed into the Naviluna brand.

Re-wrap is a social enterprise invested in the livelihood of women and farmers in India. The crux behind this social venture is to empower artisans to handcraft reusable cotton products for export. One of their main objectives is to build strong partnerships with the farmers who grow their cotton. From sowing organic cotton seeds to hand sewing products, they have a Seed-to-Shop business model which they take pride in. This ethical brand is adamant to create a positive impact on livelihoods. Some of the brands they product reusable Seed-to-Shop products for are Lush and Daunt Books – contributing to a significant reduction of paper and plastic usage. Their tagline is Recycle, Reclaim and Reinvent.

The strong infrastructure and low living costs of Mysore make the city a great spot for investment. People residing in metropolitan cities and abroad are seen to purchase apartments with the sole purpose to rent out in order to earn promising returns and to keep as an alternative to retire in. Mysore is also an upcoming IT Hub and houses offices of several prominent companies such as Infosys, Larson and Toubro, Wipro Infotech and so on. This factor also contributes towards the demand for residential real estate in the city. Five star hotels, schools, colleges and several residential projects are establishing themselves and undergoing various stages of development.

The strong infrastructure and low living costs of Mysore make the city a great spot for investment. People residing in metropolitan cities and abroad are seen to purchase apartments with the sole purpose to rent out in order to earn promising returns and to keep as an alternative to retire in. Mysore is also an upcoming IT Hub and houses offices of several prominent companies such as Infosys, Larsen and Toubro, Wipro Infotech and so on. This factor also contributes towards the demand for residential real estate in the city. Five star hotels, schools, colleges and several residential projects are establishing themselves and undergoing various stages of development.

The city is most certainly a fast-emerging real estate hot-spot in Karnataka. It is a far more appealing city as compared to Bangalore’s bumper-to-bumper traffic and high pollution levels. The city overall has a promising future.